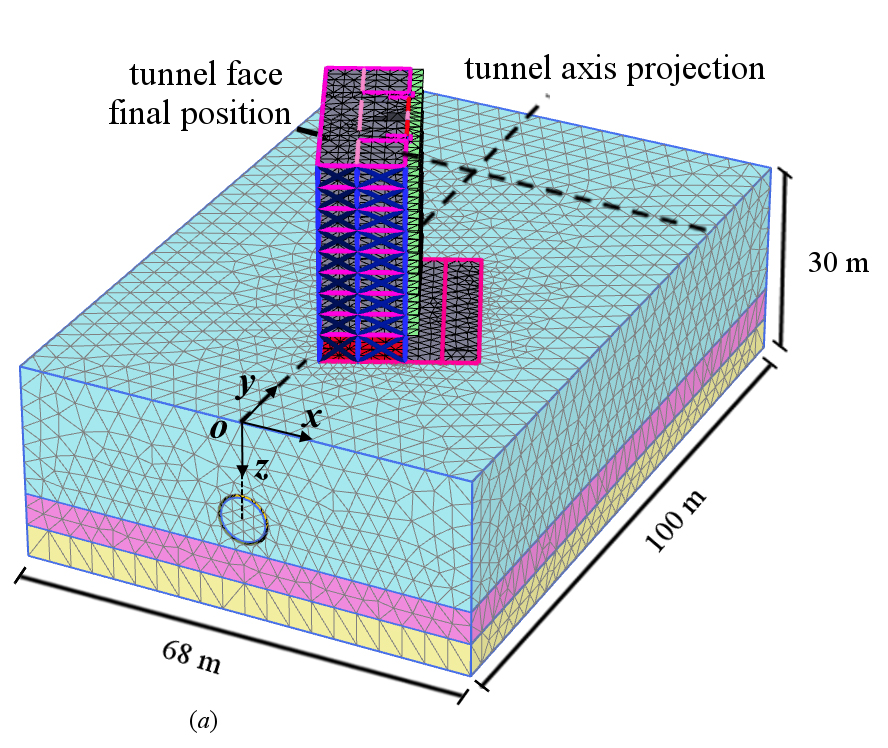 
Prof. Dr. Daniela Boldini form the University of Bologna, Bologna, Italy, will hold a guest lecture in the framework of SFB 837 about 'Modelling tunnelling-induced deformation on surface structures'.

The construction of tunnels in urban areas inevitably entails the interaction with existing structures. Current design approaches for the evaluation of tunnelling induced damage on buildings are based on semi-empirical evaluations of the deflection ratios and horizontal tensile strains at foundation level, assuming that the structure will conform to the greenfield displacements. If the stiffness of the structure is deemed significant, coupled numerical analyses should be performed including a model of the building. The latter can be simulated using either an equivalent solid, for which appropriate equivalence criteria have to be defined, or using a detailed structural model.

This presentation focuses on the soil-structure interaction due to mechanised tunnel excavation, considering two examples from real case-histories of recent projects in Italy, i.e. the Felice aqueduct of Rome undercrossed by two tunnels of the new C metro line and a multi-storey reinforced concrete building in Milan underpassed by the recently completed metro line 5. One novel element of the proposed approach is the detail adopted in schematising all the structural elements, including the foundations, in a unique numerical model including the soil and the tunnel. The satisfactory comparison between the numerical results and settlement measurements, including those along the structures, proves the reliability of the proposed finite-element models to capture the essential mechanisms governing the problem in the two analysed situations.