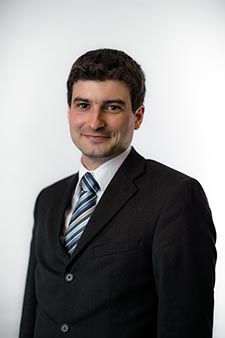 
Dr. Steffen Freitag has been elected as spokesman of the Junges Kolleg of the North Rhine-Westphalian Academy of Sciences, Humanities and Arts. The junior researcher from the Institute for Structural Mechanics and PI of the Collaborative Research Centre SFB 837 has been appointed in 2015 to be a member of the Junges Kolleg. He already was a deputy spokesman in the last two years.

The Junges Kolleg of the North Rhine-Westphalian Academy of Sciences, Humanities and Arts consist of 30 young researchers of all scientific disciplines. They are working together for a duration of four years in several interdisciplinary groups. The Junges Kolleg has been established in 2006 with financial support from the Mercator foundation to promote young researchers in North Rhine-Westphalia. Since 2014, the Science Ministry of the federal state of North Rhine-Westphalia took over the financial support. The young researchers get professional, financial, and ideational support. They are awarded with a scholarship of 10.000 EUR per year during their four year membership. In addition to a PhD, the members must have achieved outstanding scientific performance at a university or research institution in North Rhine-Westphalia. New members can be 36 years maximum and must not have a permanent professorship. The members of the Junges Kolleg get the possibility to discuss their research projects in interdisciplinary working groups within the Academy of Sciences, Humanities and Arts and to get in contact with established elite researchers. Also they can showcased their results at workshops and at the Science Day of the Academy.

Further information about the Junges Kolleg