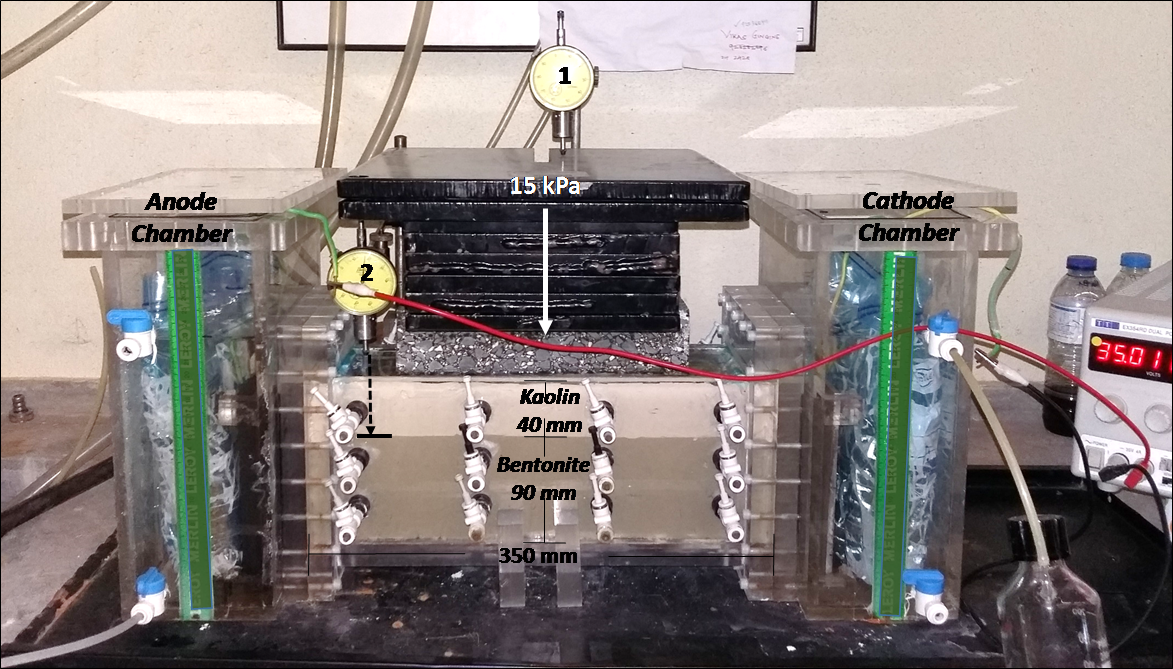 Experimental Study on the Electro-Hydro-Mechanical Behaviour of Clays


Prof. Rafaela Cardoso from the Instituto Superior Técnico, University of Lisbon, Portugal, will hold a guest lecture in the framework of SFB 837 about 'Experimental Study on the Electro-Hydro-Mechanical Behaviour of Clays'.

The application of electrical energy during Electrokinetic Treatment (EKT) on soils has been well experimented in order to either consolidate (by dewatering) or decontaminate them. Several practical cases in the literature validate the use of this technique to improve the mechanical properties of soft clays in foundations, excavations and other geotechnical works. A deeper knowledge on the electro-hydro-mechanical behaviour of clays is useful for optimizing in-situ application of EKT in terms of its duration and consequences.

The prediction of settlements during EKT requires solving an electro-hydro-mechanical coupled problem. Basically, volume changes are caused by water expulsion from the pores of the saturated soil after the increment of stresses, however the total flow of fluid extracted is due to the superimposition of hydraulic and electrical gradients, assuming that Darcy's and Ohm’s law are valid. While there are several solutions for this coupled problem, the literature lacks on data on how electrical current affects secondary consolidation under different stresses. For this reason, the effect of electrical potential on creep deformations was investigated and the first results are presented.

The comparison of secondary consolidation coefficients measured in oedometer tests with and without electrical potential applied only during secondary consolidation was performed for kaolin and bentonite slurry samples. The values increase with EKT. Additional tests were performed to study the effect of different clay particle orientations and a final large scale test was performed in the laboratory, where a kaolin layer was laid over a bentonite layer. The experimental results are interpreted considering the mobilization of ions and water adsorbed in the surface of the electrically charged clay minerals.