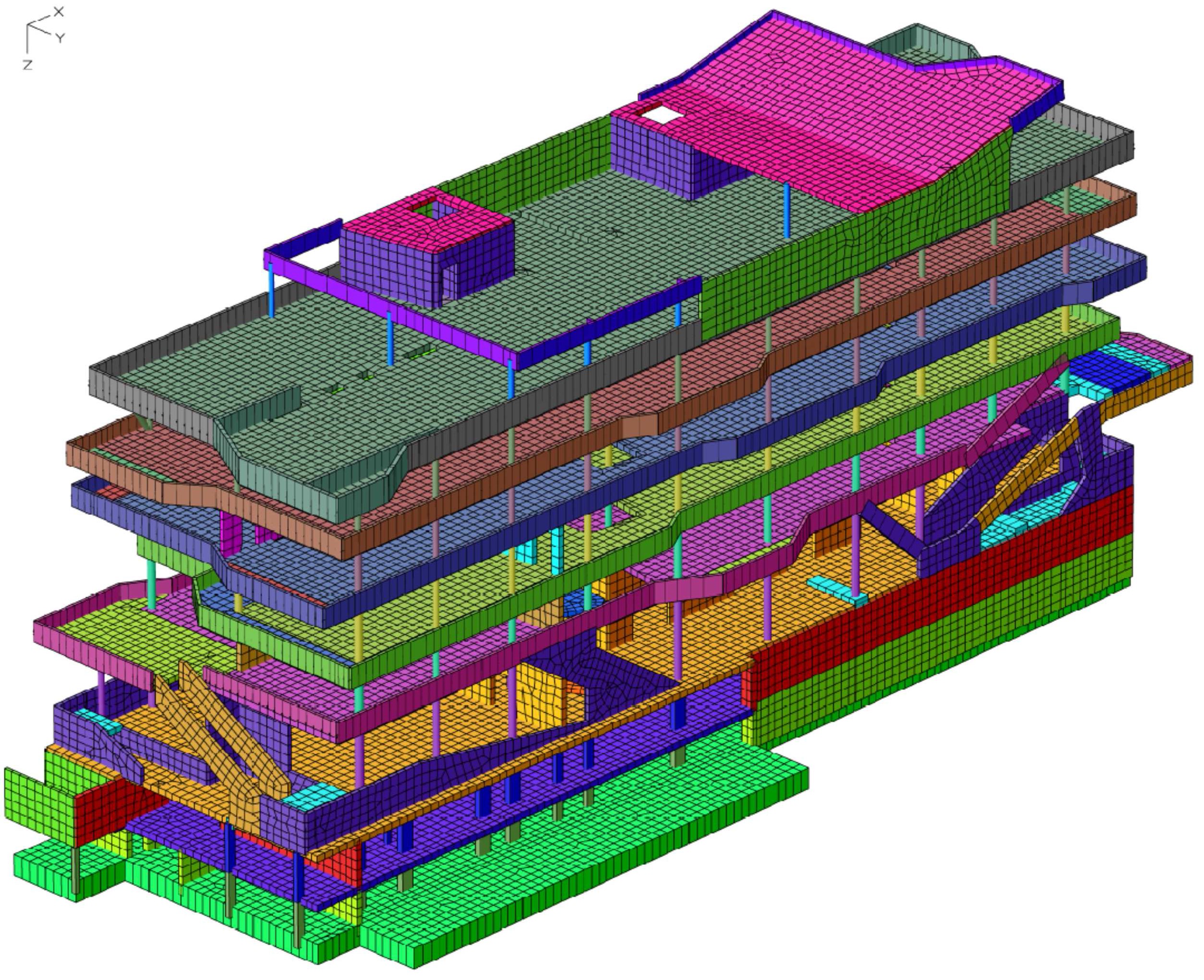 
The instability of the excavation face is a major concern in tunneling design, especially in soft ground and in the urban environment. The corresponding three-dimensional failure mechanisms are characterized by the localization of shear strains along narrow bands, which propagate from the tunnel face up to the ground surface. In soils of medium-tohigh permeability and a low cohesion, the development of seepage forces directed towards the face is often the main reason for collapse. Furthermore, especially in Tunnels driven below the water table, the advance rate exerts a strong influence on face stability.

A fully coupled, three-dimensional model has been developed. Computations are performed with the finite elements proposed by Callari & Abati (2009) for the resolution of an elasto-plastic extension of the constitutive laws presented by Callari & Abati (2011) for multiphase porous media. The analyses are performed on a stationary face: after stopping the excavation face at a prescribed section, the evolution of its response towards a stable or unstable limit is computed. For softening and perfectly plastic behaviors, long-term numerical results have shown an unstable response. Given the same conditions and data, the stability of an advancing tunnel face is investigated for different advancement rates. The Stability is monitored by observing the axial displacements of tunnel face through time (Fig.1).

The study presented by Callari (2014) highlights how the numerical solution in proximity of the unstable response tends to be strongly sensitive to mesh refinement. The analysis stresses the difficulties that conventional low-order finite elements have in capturing the localization of strains that characterize the kinematics of tunnel face collapse. These considerations motivate a more advanced finite element formulation (Fig.2). Hence, the Assumed Enhanced Strain (AES) method is being incorporated in the previously mentioned FE model.